Home / Flowers / 8 Frighteningly Common Plants That May Take Your Life

Vegetation helps sustain life. We eat many plants, herbs and so forth in our daily diet. But, we must remember to be choosy. Some plants, trees or shrubs are potential killers of man. Some part of the ornamental plants or flowers in your yard may contain deadly poison. Many poisonous plants are so common and seemingly innocuous you do not suspect their toxic qualities.
Shrubs, flowers, green grass and other natural amenities can beautify your property. However, there could be hidden dangers lurking between some of your plants.
Read on to discover some plants that could burn, blister, or otherwise intoxicate you! – All parts of the plant contain significant quantities of tropane alkaloids, including hyoscine (scopolamine), hyoscyamine, norhyoscine. The flowers of older plants contain as much as 3mg of hyoscine. Many human intoxications are associated with consuming the fresh leaves and flowers, or making tea from the leaves. Children handling the plant may develop temporary blurred vision and dilated pupils. – Water hemlock is the most violently toxic plant that grows in North America. Only a small amount of the toxic substance in the plant is needed to produce poisoning in livestock or in humans. The toxin cicutoxin, acting directly on the central nervous system, is a violent convulsant. Clinical signs of poisoning occur when a threshold dose is reached after which grand mal seizures and death occur.
The toxic substance in water hemlock is cicutoxin, a highly poisonous unsaturated alcohol that has a strong carrot-like odor. It is found principally in the tubers, but is also present in the leaves and stems during early growth. Leaves and stems lose most of their toxicity as they mature; however, green seed heads are poisonous. 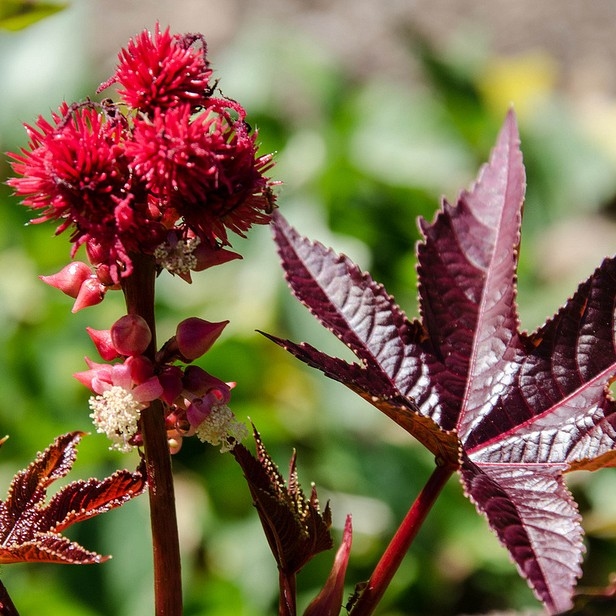 – The castor oil plant is originally native to Africa, but is cultivated all over the world as a commercial or ornamental plant. It belongs to the Euphorbiaceae family. The seeds, used for making oil, contain ricin, a potent poison that damages animal tissue. A fatal dose for an adult is four to eight seeds.
Symptoms of ricin poisoning can appear up to 36 hours after ingestion, but usually within two to four hours. It is characterized by a burning sensation in the mouth, nausea, vomiting, diarrhea and lethargy. Within several days, dehydration, reduced blood pressure and reduced urination appear. Without medical attention, death occurs within three to five days. – One of the world’s most venomous plants, the Gympie-Gympie stinging tree can cause months of excruciating pain for unsuspecting humans.
Also known as the “suicide plant,” horrific tales of the power of the venomous plant to derange victims arose over the years. It’s not all folktales either, as researchers studying the shrub can testify. The poison in the hairs is so strong, it kills the surrounding vegetation in the forest.
When people handle it and get stung, they can develop serious allergic reactions. 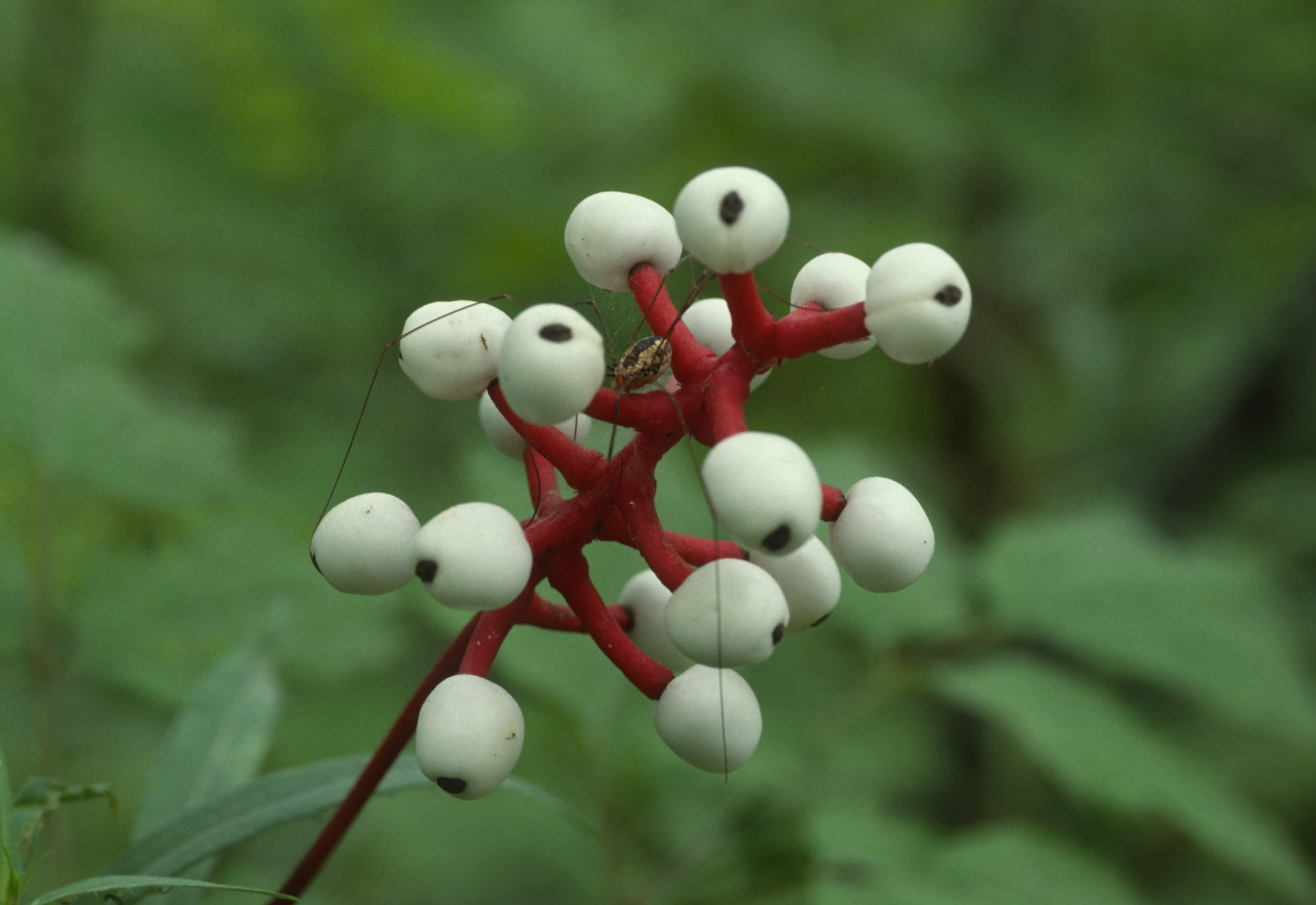 – The berries of this plant are toxic to most mammals, which won’t eat them, although some birds do. Often, the berries persist on the plant, so baneberry is often found in small colonies.
Because the berries are both attractive and extremely toxic, it should not be planted where young children spend time. 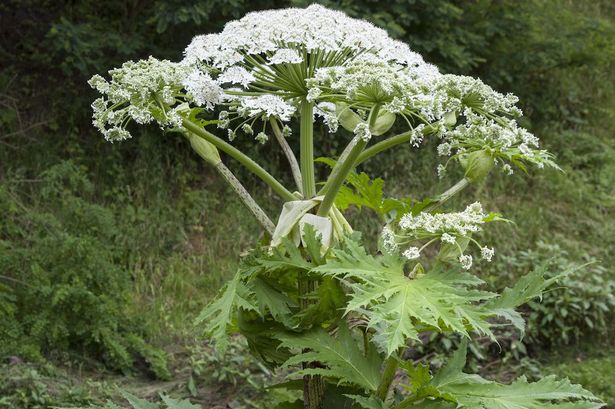 – Giant hogweed is an invasive and poisonous exotic plant. It is a health and environmental risk.
In humans, contact with giant hogweed sap, together with exposure to light (natural or artificial ultraviolet rays), causes skin lesions similar to burns. Furthermore, when this plant grows somewhere, it spreads fast and inhibits the growth of other plants in the area. 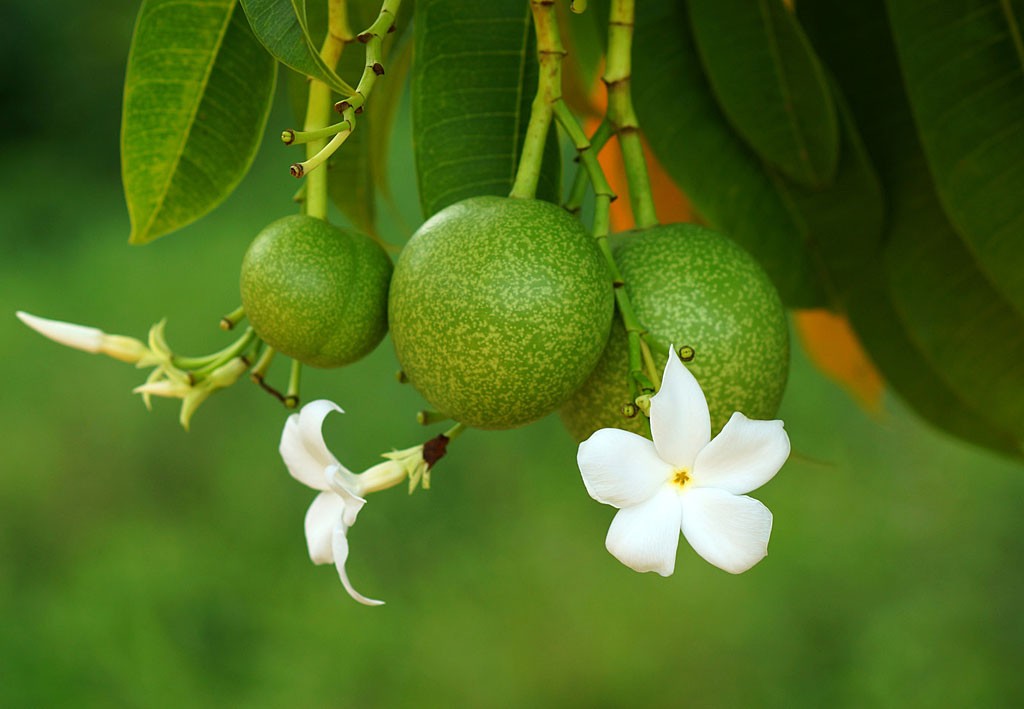 – Cerbera odollam is a plant species of the Apocynaceae family. It is often dubbed the ‘suicide tree’ due to its strong cardiotoxic effects, which make it a suitable means to attempt suicide. The poison rich part of the plant is the kernel which is present at the core of its fruit.
The bioactive toxin in the plant is cerberin, which is a cardiac glycoside of the cardenolide class. Cerberin has a mechanism of action similar to digoxin; hence, Cerbera odollam toxicity manifests similar to acute digoxin poisoning.
Ingestion of its kernel causes nausea, vomiting, hyperkalemia, thrombocytopenia, and ECG abnormalities. Exposure to high doses of Cerbera odollam carries the highest risk of mortality. 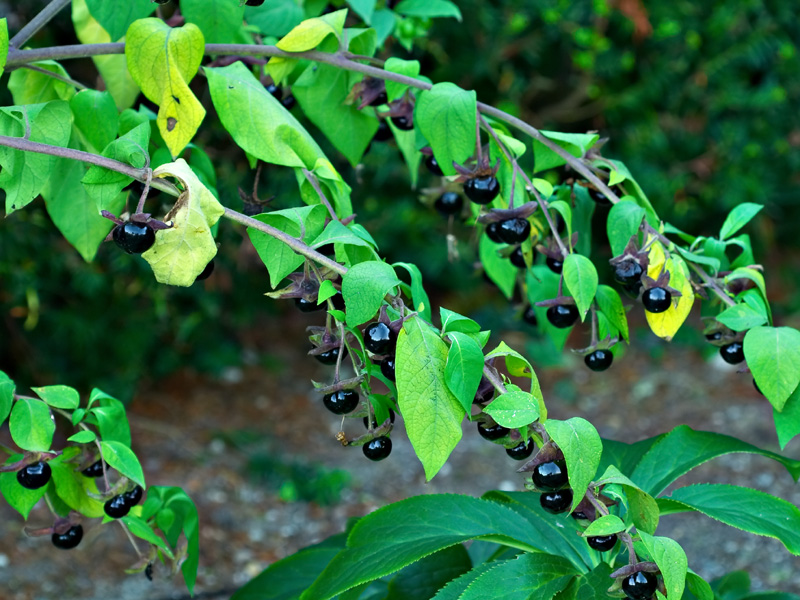 – Belladonna is extremely poisonous. The name Atropa derives from the Greek word Atropos refering to one of the Fates who held the shears to cut the thread of human life.
It’s a rare plant and dangerous: the ingestion of 10 bays would be toxic to an adult, 2-3 for a child.
The risk of poisoning in children is important because of possible confusion with other berries (blackcurrant, blueberry).

Tumblr
2020-04-04
GardenTipz.com
Previous How to Prune Tomatoes for a Big Harvest
Next The Most Effective Tick Repellents That Really Work 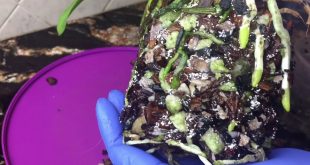 Snow Mold: How To Get Rid Of White Orchid Fungus

Orchids are often grown in pots and tend to be disease-free and pest-resistant plants. But, …